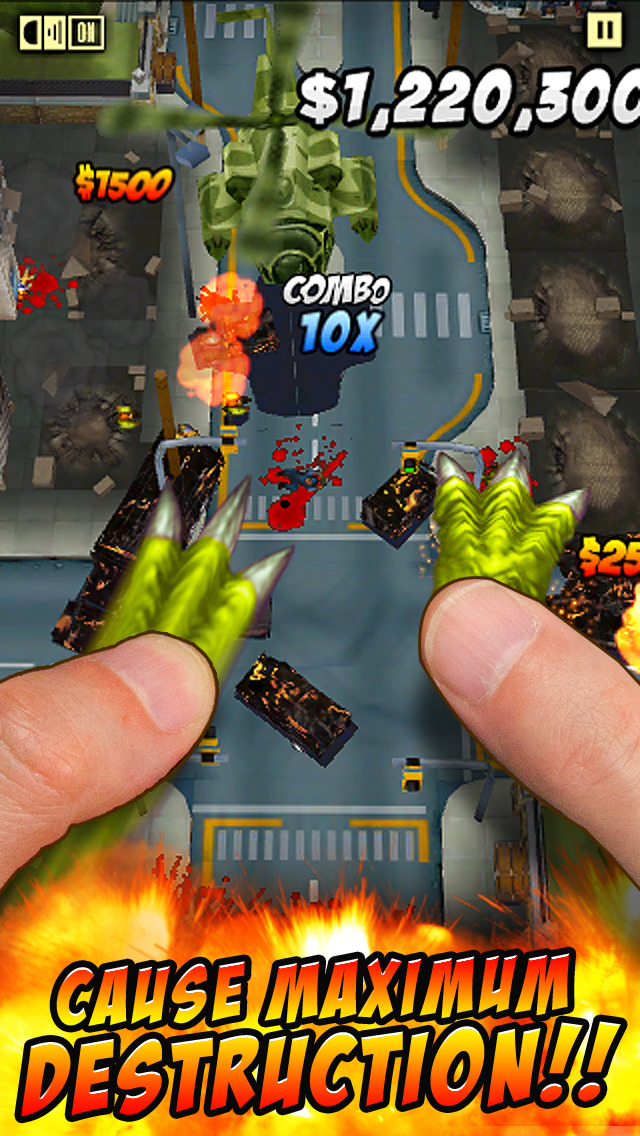 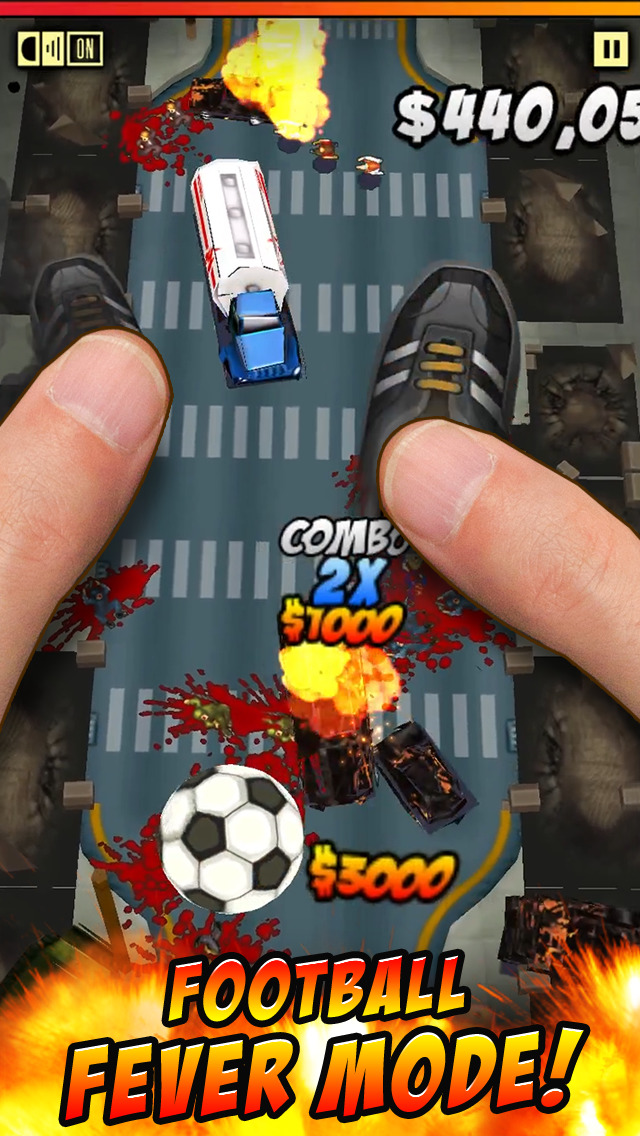 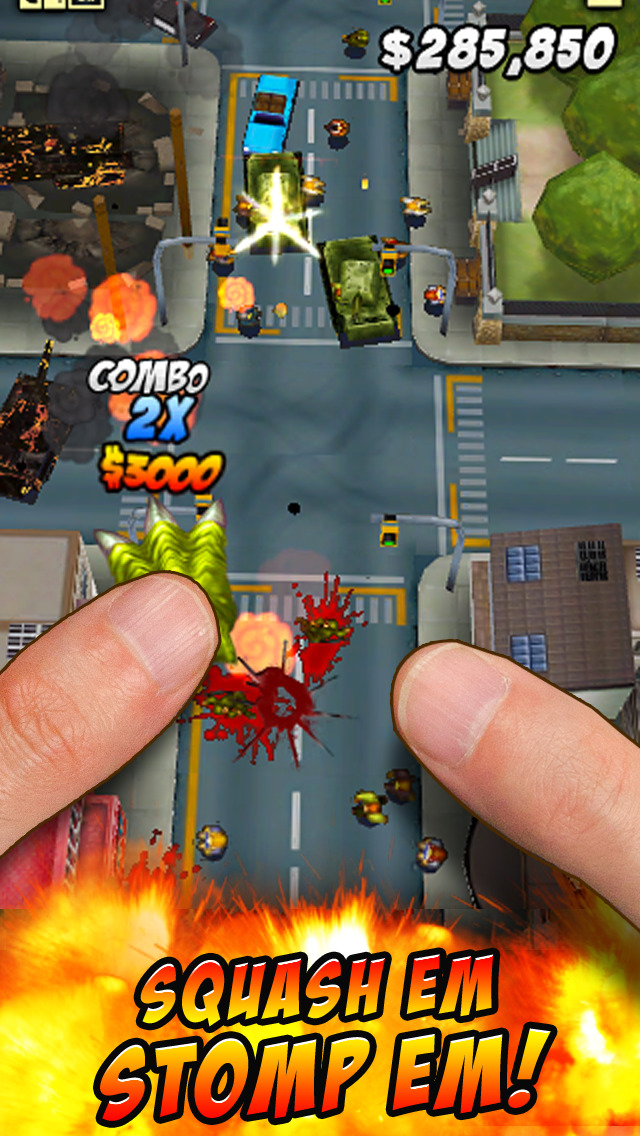 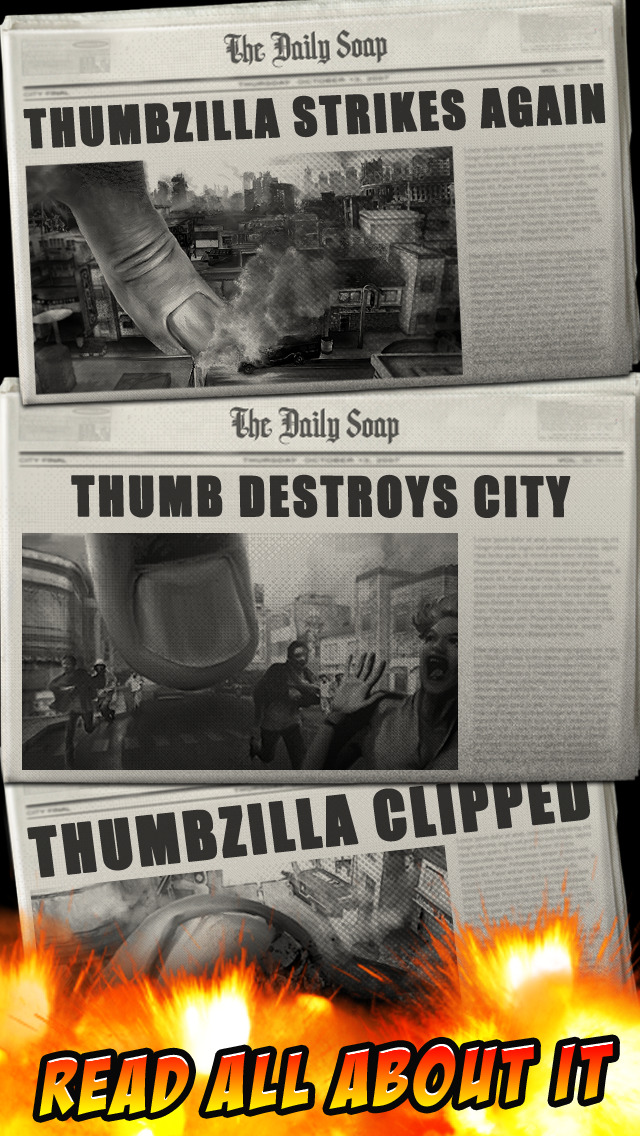 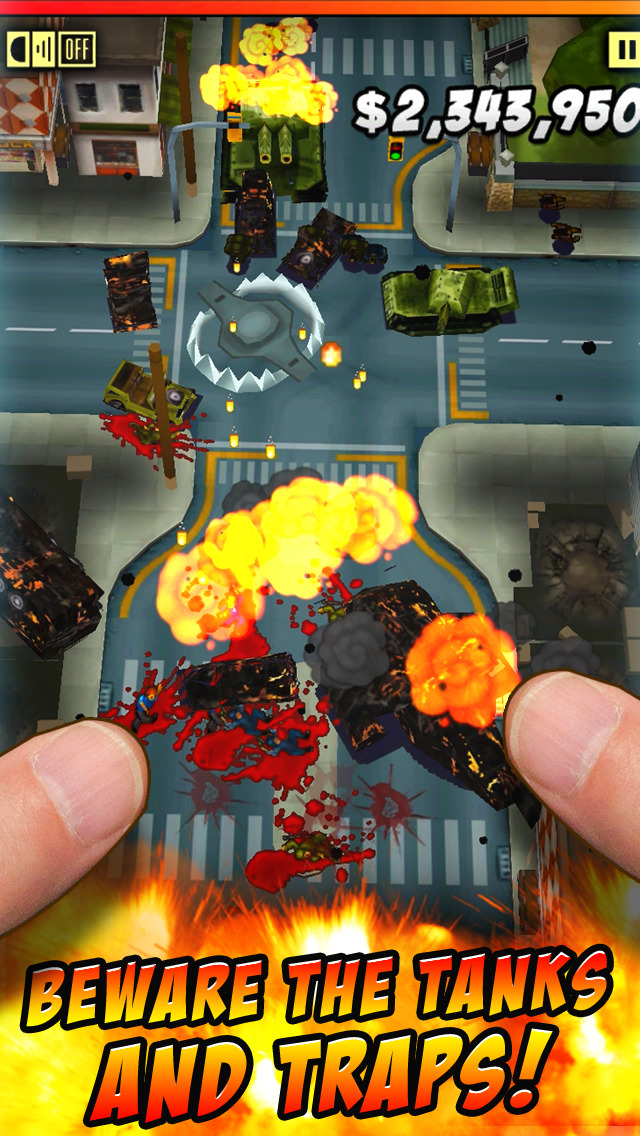 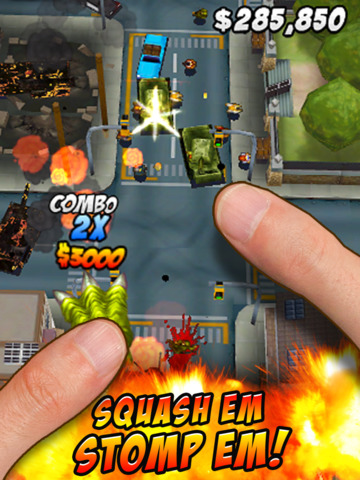 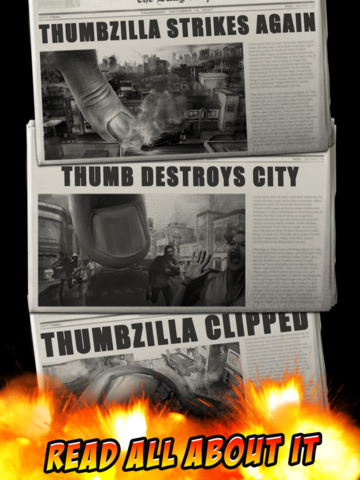 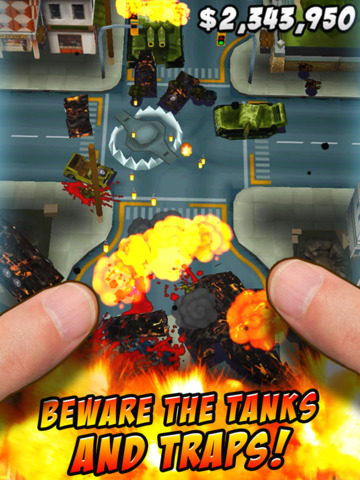 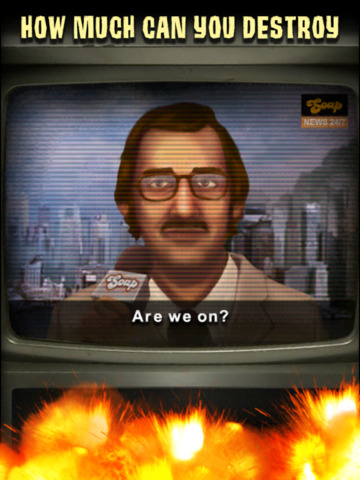 内容提要
You are ThumbZilla, a crazed thumb on a rampage.

Crush everything in your path and cause as much damage as you can in this infinite stomper game.

Topple buildings, crush cars, kick tanks and trample puny humans as they run for their lives. But watch out, the city is prepared to fight back, with police, soldiers, jeeps, tanks and gunships ready to stand in your path.

Get Your Stomp on!
游戏热点更多